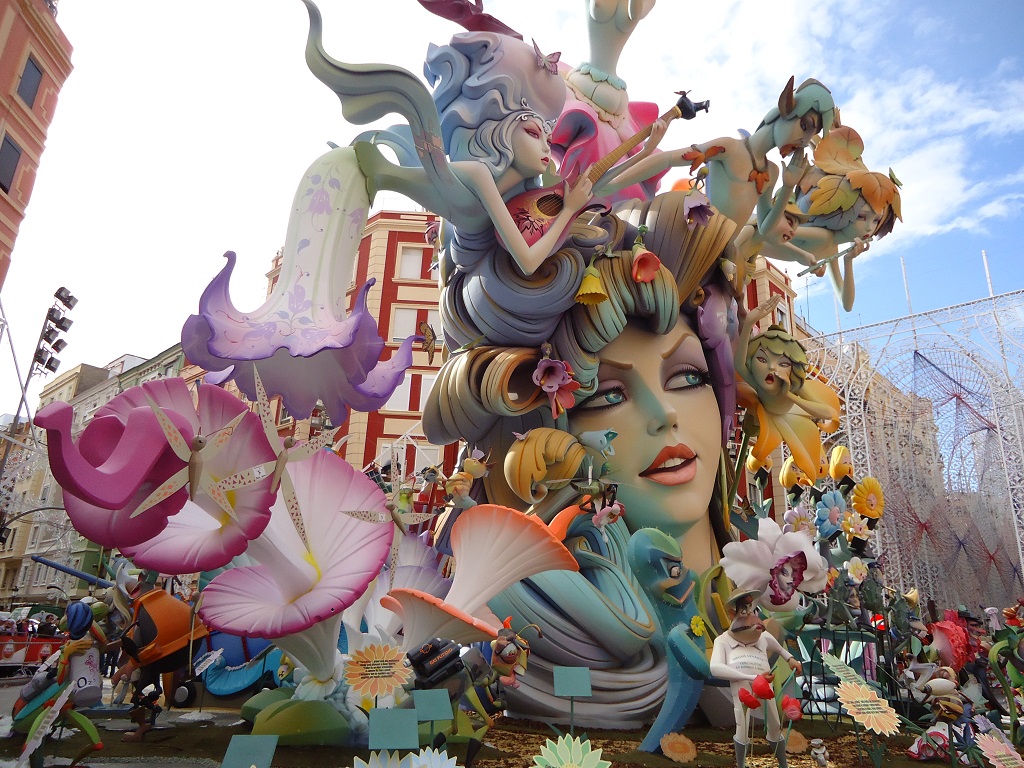 No Comments on World Spring FestivalsAsia and the Pacific, Canada and the Americas, English, Europe, Events And Festivals, Explore The World, Inspirational Tours and Events​, MEA and Africa, Other articles, Uncategorized Suhair KhanAugust 2, 2020December 20, 2021

Spring festival’s around the world

Spring season, with its boom and renewal, is celebrated all over the world in special festivals. Vibrant marches, special cakes, flowers of different colours, and strawberries, one of the most important symbols of spring, are all part of many of the events that characterise this period.

This festival is one of the best known outside of India, and it is often known as the ‘festival of colours’. The religious origins of the festival are from the Hindu tradition and look at the story of the story of ‘Holika’. Today the festival is one of the most joyous and fun events, as the morning of the festival will see everyone joining in, with water guns and packets of coloured powder, which can be thrown at anyone, with everyone usually ending the day covered in the colourful mixture.

Also known as Hana Matsuri, the Floral Festival is actually the memorial service performed at temples throughout Japan to celebrate Buddha’s birth on April 18. As a part of Japanese traditional culture, small buildings are adorned with flowers and a baby Buddha figurine (tanjobushu) is placed inside.

The population Valencia, Spain, triples in size during the annual Fallas (or Falles) festival every March. Three million people turn up for a week of fiery, satirical entertainment. The week begins processions to honor Saint Joseph and ends with the incineration of ninots, the paper-mâché figurines stuffed with firecrackers.

Songkran Festival, which is tied to the Thai New Year, occurs each year in mid-April for three days. It’s a time to clean, reflect, and pay respect to your neighbors, family, and the elderly.

During the festival, people bring food to local monks and bathe Buddha statues in water, while younger Thais pour scented water over the hands of their elders for luck and prosperity. Over the years, this tradition has evolved to include a massive water fight with water balloons and super soakers.

Tulip festivals are held each spring in multiple cities around the world. One of the largest is in Holland—not the region in Europe, but the small town of Holland, Michigan.

Tulip Time is held in early May each year, and boasts over six million tulips and one million visitors. That works out to roughly 30 visitors and 180 tulips per Holland resident. It is one of the largest, and has been ranked as the best, small-town festival in America.

In a relatively new tradition, more than 400,000 flock to Australia’s capital, Canberra, for a massive flower festival each spring. When the season kicks off in September for the Southern Hemisphere, a month-long celebration begins.

A national holiday and folk festival in Egypt, the Sham el-Nessim has been observed for thousands of years as a day to smell the breezes and celebrate spring. Nessim means “zephyr,” the spring breeze, and sham means “to breathe in.” While the date is set by the Coptic calendar, the holiday is now a non-religious national holiday observed by everyone as a family affair.

Traditionally, people pack picnics to have outings along the Nile River or in parks. Certain food is specified for the occasion: the main dish is fessikh, a kind of salted fish, and it’s also traditional to have mouloukhiya (stuffed vine leaves) and eggs with decorated, colored shells. The foods are believed to prevent disease, and the eggs symbolize life. Vast numbers of fish are eaten in Cairo on Sham al-Nessim.

Scroll to top
We use cookies on our website to give you the most relevant experience by remembering your preferences and repeat visits. By clicking “Accept”, you consent to the use of ALL the cookies.
Cookie settingsACCEPT
Manage consent

This website uses cookies to improve your experience while you navigate through the website. Out of these, the cookies that are categorized as necessary are stored on your browser as they are essential for the working of basic functionalities of the website. We also use third-party cookies that help us analyze and understand how you use this website. These cookies will be stored in your browser only with your consent. You also have the option to opt-out of these cookies. But opting out of some of these cookies may affect your browsing experience.
Necessary Always Enabled
Necessary cookies are absolutely essential for the website to function properly. These cookies ensure basic functionalities and security features of the website, anonymously.
Functional
Functional cookies help to perform certain functionalities like sharing the content of the website on social media platforms, collect feedbacks, and other third-party features.
Performance
Performance cookies are used to understand and analyze the key performance indexes of the website which helps in delivering a better user experience for the visitors.
Analytics
Analytical cookies are used to understand how visitors interact with the website. These cookies help provide information on metrics the number of visitors, bounce rate, traffic source, etc.
Advertisement
Advertisement cookies are used to provide visitors with relevant ads and marketing campaigns. These cookies track visitors across websites and collect information to provide customized ads.
Others
Other uncategorized cookies are those that are being analyzed and have not been classified into a category as yet.
SAVE & ACCEPT